Warning - be careful when you invest or borrow from us! 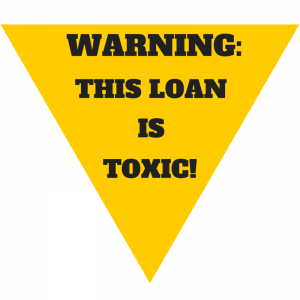 Cigarette are laden with them.  Alcoholic drinks too. So are gambling products.  I’m talking of course about health warnings.

In these industries, companies must add warnings to their adverts.  They must let people know if there is a risk if consumers use their products.

The same is true for advertising financial products.

Let’s have a look at some examples.

The most common one you’ll see is:

Your home may be repossessed if you do not keep up repayments on your mortgage.

You might find this with HSBC, Barclays Bank or Halifax. When most people read this, it is often in smaller print.  It is reasonably clear what this means. But could the warning be even clearer?


If you do not pay your mortgage on time, we may take away your home

If you make the passive voice active, you draw your reader’s attention quicker.

If you take the London tube, you might see:


WARNING: LATE REPAYMENT CAN CAUSE YOU SERIOUS MONEY PROBLEMS. FOR HELP, GO TO MONEYADVICESERVICE.ORG.UK

This looks like a warning on a beer bottle.  You understand it when you read it. Payday lending companies are only too aware of negative press.  So they chosen to be more direct and responsible.


Like most investments, you may get back less than you put in.

Generally, I believe that the warnings are clear and suitable for their audience. Advertisers need to promote their product and not scare off customers.

However, warnings are only a small part of the advert. The Financial Conduct Authority’s guidance sums this up well:

Financial advertising and promotions should clearly explain what the product or service is, how it works and how you could benefit from it.

It must also be clear about the costs involved and whether there are any risks to your money.

Do you have any warnings on financial products? If so, do share them !

WARNING: In this blog, I am only looking at warnings on adverts from a plain language perspective.  This does not mean I am for or against any financial product or company.
Posted by Unknown at 14:21 No comments:

How (not) to write an election question... 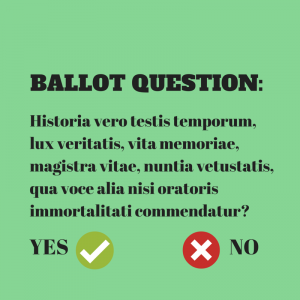 They say it's not about having all the answers – it's about asking the right questions. This is essential when you decide the question at an election.

Sure, the question has to be - politically neutral. It cannot favour one outcome more than the other.
Ultimately, when it comes to a ballot, the question must be plain and understandable for citizens.

Let’s have a look now at a couple of referendum questions.

In Ethics, you have something called the “smell test”. If something smells fishy, then something is morally wrong.

Here you could apply the “breath test”. Can you read the question in one breath?  Yoga instructors and swimmers aside, I would be struggling to read this in 3 whole breaths!

Yes, it is a real-life example. It is one sentence which has 129 words.  Separated only by a single semi-colon.

I’d be interested to know the legal arguments why the question was like this.  We don’t know about local politics issues. But as someone from outside, I would find it difficult to justify this as plain and understandable.

That said, the question does come later with an explanation:

supervisors beginning in April 2016. A supervisor’s salary and authorized benefits will be capped at the annual per capita income of the county, which was $24,051 in 2012.
Compensation will be limited to 50 percent more than the supervisor’s amount for the Board chairperson and 25 percent more for the finance committee chairperson.
A No vote means the limits on salaries and benefits will not take effect. “

The Milwaukee County board could have saved time by first explaining the issue. Then ask the citizens whether they want the change.  I would re-write this as:


The Milwaukee County Board is asking its citizens to vote on the supervisory board’s salaries and benefits.  It is proposed that :
- a supervisor’s salary and authorized benefits are capped at $24,051.  That was the average income per person in the county in 2012.

- the compensation of the Finance Committee chairperson will be at most 25% higher than a supervisor’s salary.

- the Chairperson’s compensation will be at most 50% higher than a supervisor’s salary.

Of course, you’d need to test this with local citizens to see if they understand the question.
An Independent Scotland - 18 September 2014

The question was simply:

"Should Scotland be an independent country?"

At least here, you can say that the question is short, clear and understandable for the Scottish voters. Indeed, whether this is politically neutral is another point. You could say that voting “no” leads to negative campaigning.

And of course, we have just had most recently the EU referendum:

Again, the question is short, clear and understandable.  Find out more here from the Electoral Commission on how they came up with their question.

I must emphasise that not all of the Milwaukee County’s referendum questions are like this.  I am only looking at an isolated case to prove a point.:

Referendum questions must be plain and understandable for citizens.

Do you have any referendum questions which are completely unreadable?  Write in the comments and we’ll try and figure out what’s going on!