6 signs when you need to hire a translator 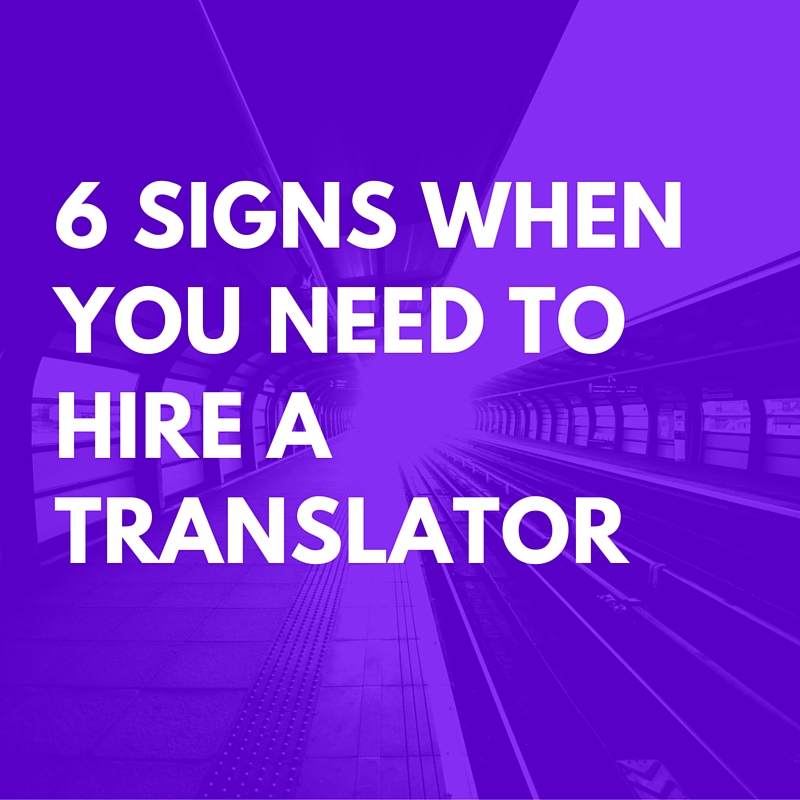 Well, I've been on travels again. Most recently, I visited Cuba and South America.

Armed with a pair of eyes and a digital camera, I managed to catch a few translation howlers...

Remember my previous blog "You tube if you want to"?  The German hotel told us to put the towel in the bath-tube, not in the bath tub.  Well in a Santiago hotel, I came across a similar issue:

English: "Towels on the towel-rain mean, "They will be used again".

Well, you can put this down to a typo. And most people would understand that you'd put a towel on a towel rail or tower rack.

2. Don't reach your head or hands out of the window 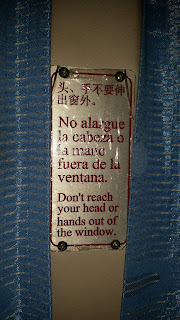 This time, we're on a coach in Havana, Cuba.

English:  Don't reach your head or hands out of the window.

But you know what they're trying to tell you.

"Do not lean out of the window."

In other words, while it is relaxing to stick your head and hands into the breeze, we wouldn't want a passing vehicle to injure you. 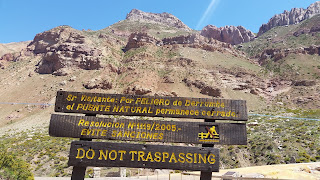 Here, we are at Puente del Inca, a natural rock bridge in Mendoza Province, Argentina.

They probably meant "do not trespass" or "no trespassing".  Trespassing has a legal meaning. It means to enter a private property without permission.  But that's not the only reason why you should enter.

In this case, the bridge could collapse at any time. That's why this area is closed to the public.  I'd say here:

DO NOT ENTER - THIS BRIDGE IS AT RISK OF COLLAPSE! 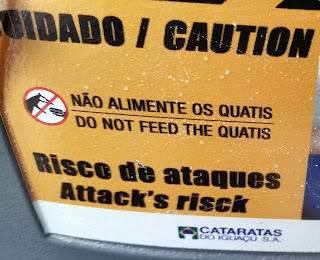 This is a sign on the Brazilian side of Iguazu falls


A quati or coati is a raccoon-like animal found in Central and South America. Here are two: 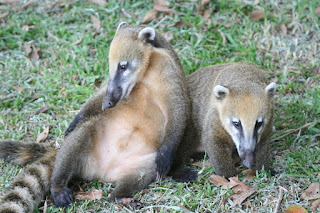 At first, they look innocent and cute.  But if you start to feed them, they get aggressive and can bite you.


Now "Attack's risck" is not clear.  You could either say, "attack risk". But you can translate literally here and say: 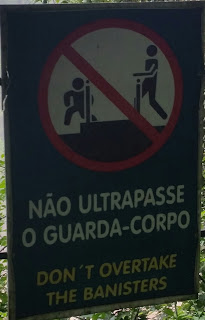 Again, we are in the Brazilian national park of Iguazu falls.
This time, they're telling us:


Total nonsense!   Am I on a racetrack or highway?  It sounds like I can't go over, but can I go under the banister?  The sign seems to tell us we can't.  They probably meant:

"Do not cross the guard rail". 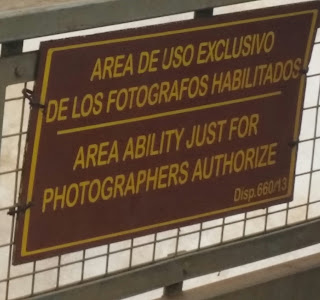 Now across the border on the Argentine side of the Iguazu falls, we see...:

Well looks like we have a winner! This is complete gobbledegook!   This should say:

Now, do you have any examples of amusing mistranslations?   Post them in the comments section or send them to me at  info@neelangues.com !
Posted by Unknown at 12:04 No comments: